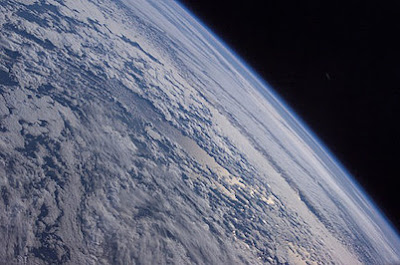 Yesterday’s message titled “An Unshakable Kingdom” addressed what seems to be growing concern in some sectors of Christianity about the imminent end of time.  With a number of prominent teachers and preachers suggesting on the airways and online that September 2015-September 2016 is going to be a time of great shaking, I felt it was time to address what the Bible says about the end of the world.

Particularly important in this message is the emphasis  on how to respond as a believer when you see the world falling apart.  The outline and video are below.  If you live in Lafayette, Indiana–join us live sometime!

For more insight, see these blogs–
This Saturday is Judgment Day?
Is September 2015 the Beginning of the End?

AN UNSHAKABLE KINGDOM
Hebrews 12:25-29  “See to it that you do not refuse him who speaks. If they did not escape when they refused him who warned them on earth, how much less will we, if we turn away from him who warns us from heaven? 26 At that time his voice shook the earth, but now he has promised, ‘Once more I will shake not only the earth but also the heavens.’ 27 The words ‘once more’ indicate the removing of what can be shaken—that is, created things—so that what cannot be shaken may remain. 28 Therefore, since we are receiving a kingdom that cannot be shaken, let us be thankful, and so worship God acceptably with reverence and awe, 29 for our ‘God is a consuming fire.’”
BIG IDEA:  A great last shaking of the earth is coming and then Christ comes to reign.
A GREAT AND FINAL SHAKING
God will shake the earth before bringing it to an end and ushering in a neworder.
Isaiah 13:13  “Therefore I will make the heavens tremble; and the earth will shake from its place at the wrath of the Lord Almighty, in the day of his burning anger.”
Isaiah 24:18-20  “Whoever flees at the sound of terror will fall into a pit;
whoever climbs out of the pit will be caught in a snare. The floodgates of the heavens are opened, the foundations of the earth shake. 19 The earth is broken up, the earth is split asunder, the earth is violently shaken.  20 The earth reels like a drunkard, it sways like a hut in the wind; so heavy upon it is the guilt of its rebellion that it falls—never to rise again.”
Revelation 6:12-17  “12 I watched as he opened the sixth seal. There was a great earthquake. The sun turned black like sackcloth made of goat hair, the whole moon turned blood red, 13 and the stars in the sky fell to earth, as figs drop from a fig tree when shaken by a strong wind. 14 The heavens receded like a scroll being rolled up, and every mountain and island was removed from its place. 15 Then the kings of the earth, the princes, the generals, the rich, the mighty, and everyone else, both slave and free, hid in caves and among the rocks of the mountains. 16 They called to the mountains and the rocks, ‘Fall on us and hide us from the face of him who sits on the throne and from the wrath of the Lamb! 17 For the great day of their wrath has come, and who can withstand it?”
Revelation 16:17-19  “17 The seventh angel poured out his bowl into the air, and out of the temple came a loud voice from the throne, saying, ‘It is done!’ 18 Then there came flashes of lightning, rumblings, peals of thunder and a severe earthquake. No earthquake like it has ever occurred since mankind has been on earth, so tremendous was the quake.19 The great city split into three parts, and the cities of the nations collapsed. God remembered Babylon the Great and gave her the cup filled with the wine of the fury of his wrath.”
LABOR PAINS
The final shaking will be preceded by many smaller troubles.
Matthew 24:7-8  “Nation will rise against nation, and kingdom against kingdom. There will be famines and earthquakes in various places. 8 All these are the beginning of birth pains.”
Romans 8:19-22  “19 For the creation waits in eager expectation for the children of God to be revealed.20 For the creation was subjected to frustration, not by its own choice, but by the will of the one who subjected it, in hope 21 that the creation itself will be liberated from its bondage to decay and brought into the freedom and glory of the children of God. 22 We know that the whole creation has been groaning as in the pains of childbirth right up to the present time.”
GOD’S GIFT OF AN UNSHAKABLE KINGDOM
Before the end, God offers a place in his unshakable kingdom through faithin Jesus.
A CONSUMING FIRE
God, worthy of our reverence and awe, is at the center of the believer’s worshipand security.
QUESTION:  How will the message of the end of world impact how you live today?