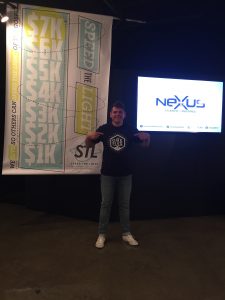 Over the course of the past month, students and leaders from Nexus Student Ministries (First Assembly Community Ministries‘ youth group) have been raising money in big ways for Speed the Light, a youth organization that provides transportation and communication equipment for Assemblies of God missionaries around the world.

What do I mean by “big ways?”  Nearly $6,000 has been raised since Pastors Jonathan Bohl and Devin Galloway challenged the students on September 25th to give $100 each to Speed the Light.  Students have raised this money many different ways: Selling cupcakes at school, selling gift cards received from birthdays and Christmas in exchange for cash, cleaning, babysitting, selling items on Craigslist, giving up car savings money or birthday money, making and selling scarves, and some giving money they earned working their after school jobs. In addition, many leaders have stepped up to the challenge by budgeting money, and selling items such as a bike, jewelry, and even a car!

Although for many this was a sacrifice, God has provided in equally amazing ways. One person, after giving $100 to Speed the Light, received an unexpected check in the mail the next week for $90! Another was pondering how they were going to give this money when a family member, not knowing of the situation, randomly handed them $100 to do anything with they liked!

The challenge to give $100 comes from Indiana Youth Ministries who challenged each youth group to take part in the “ONE in Five Thousand” campaign. The idea is that if 5,000 people in the state of Indiana will give $100, we can raise $500,000 for Speed the Light. To further inspire giving, each person who gives $100 is given a T-Shirt that says “I am One in Five Thousand.”  The concept of 1 in 5000 comes from the boy in the gospels who gave up his fish and loaves to Jesus who turned and made it into a feast for more than 5000 people.  He was one in five thousand, and so are the youth of First Assembly!

This Sunday, First Assembly as a whole will have the opportunity to buy a t-shirt as well and make a difference in missions!. There will be a table set up in the lobby where donations of $100+ can be made and T-Shirts will be distributed.  We hope you will join us in being “ONE in Five Thousand”!