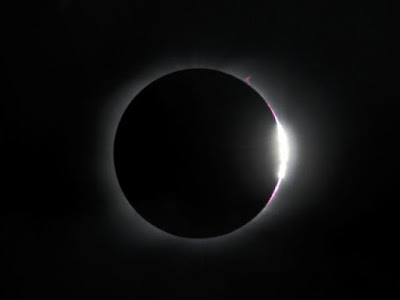 Can you hear the chatter?  A number of people, particularly the kinds of spiritual leaders that can be seen on Christian television and heard on Christian radio every day of the week, are suggesting that the end may be upon us.
They predict that September is going experience a significant time of shaking of the earth. They say that this shaking may come in terms of a shaking of the political, military, economic and the natural order, particularly for America.
A number of friends of mine, including a few people in my church, have asked what I think about this.  To simplify it, I’d like to put a few thoughts down here.
Ultimately, the teaching of Jesus did not include predicting when the end was starting. Instead, we might summarize his teaching with three simple points:  1) He didn’t know when it would happen.  2)  It would certainly happen when no one is expecting it.  3)  Prepare for his coming by embracing him as Savior and Lord.
I’m not worried about strange meteorological events happening this coming month or the confluence of Jewish holidays in September.  I want instead to be ready by receiving Christ in my heart and building my life on the foundation of his word.
I want to end this post with the words of Jesus that give us an indication that the end is more than an economic crisis or the moon turning red a few times in conjunction with Jewish feasts. Instead, the end of all things will be marked by cosmic distress which will fill people with such fear they will die!  Then, he says, look up–your redemption is coming.  I just don’t think we are there quite yet.
Luke 21:25-28  “And there will be signs in the sun, in the moon, and in the stars; and on the earth distress of nations, with perplexity, the sea and the waves roaring; 26 men’s hearts failing them from fear and the expectation of those things which are coming on the earth, for the powers of the heavens will be shaken. 27 Then they will see the Son of Man coming in a cloud with power and great glory. 28 Now when these things begin to happen, look up and lift up your heads, because your redemption draws near.”