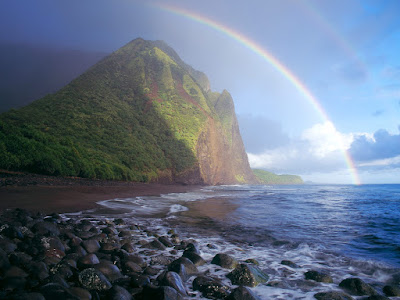 Last Sunday’s message on worship and the worship that followed were powerful!

Check out the video and the outline to message below!

THE WHYS OF WORSHIP
Exodus 3:1-5  “Now Moses was tending the flock of Jethro his father-in-law, the priest of Midian. And he led the flock to the back of the desert, and came to Horeb, the mountain of God. 2 And the Angel of the Lord appeared to him in a flame of fire from the midst of a bush. So he looked, and behold, the bush was burning with fire, but the bush was not consumed. 3 Then Moses said, ‘I will now turn aside and see this great sight, why the bush does not burn.’  4 So when the Lord saw that he turned aside to look, God called to him from the midst of the bush and said, ‘Moses, Moses!’  And he said, ‘Here I am.’ 5 Then He said, ‘Do not draw near this place. Take your sandals off your feet, for the place where you stand is holy ground.’”
Big Question:  How does worship changemy life?
LOOK
Worshipping is turning aside from everything else and to gazeat God.
5      Reasons to Worship When You Don’t Feel Like It
5.   We worship by faith, not by feelings.
4.     We worship according to the principle of it.
3.     We worship in response to the commands of God.
2.     We worship to be true to who we really are.
1.     He is worthy.
Numbers 21:16-17  “From there they went to Beer, which is the well where the Lord said to Moses, ‘Gather the people together, and I will give them water.’ 17 Then Israel sang this song: ‘Spring up, O well!  All of you sing to it—‘”
LISTEN
God often waits until he has our attention to speak.
Psalm 100:2  “Serve the Lord with gladness; come before His presence with singing.”
Psalm 9:3  “When my enemies turn back, they shall fall and perish at Your presence.”
Psalm 16:11 “You will show me the path of life; In Your presence is fullness on joy; at Your right hand are pleasures forevermore.”
Psalm 68:8  “The earth shook; the heavens also dropped rain at the presence of God.Sinai itself was moved at the presence of God, the God of Israel.”
Acts 3:19  “Repent therefore and be converted, that your sins may be blotted out, so that times of refreshing may come from the presence of the Lord.”
LEARN
When we focus on God and listen to his voice, we learn; our perspective is changed by the presence of God.
Psalm 103:7  “He made known His ways to Moses, His acts to the children of Israel.”
Exodus 33:7-11  “7 Moses took his tent and pitched it outside the camp, far from the camp, and called it the tabernacle of meeting. And it came to pass that everyone who sought the Lord went out to the tabernacle of meeting which was outside the camp. 8 So it was, whenever Moses went out to the tabernacle, that all the people rose, and each man stood at his tent door and watched Moses until he had gone into the tabernacle. 9 And it came to pass, when Moses entered the tabernacle, that the pillar of cloud descended and stood at the door of the tabernacle, and the Lord talked with Moses. 10 All the people saw the pillar of cloud standing at the tabernacle door, and all the people rose and worshiped, each man in his tent door. 11 So the Lord spoke to Moses face to face, as a man speaks to his friend. And he would return to the camp, but his servant Joshua the son of Nun, a young man, did not depart from the tabernacle.”
John 15:15  “15 No longer do I call you servants, for a servant does not know what his master is doing; but I have called you friends, for all things that I heard from My Father I have made known to you.”
ACTION:  Worship with the expectation of connecting with and receiving from God.