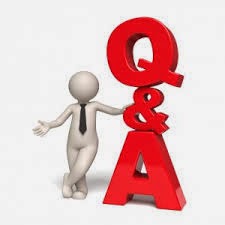 The Q&A below represent the fifth post in my series “31 Questions in 31 Days”.  To learn more about it, do a search above on “31 Days”.  Feel free to submit a question yourself by clicking here!

Q #5:  In 1 Kings 10:14, Solomon’s annual income was six hundred and sixty-six talents of gold.  In Revelation 13:18, the mark of the beast is 666.  Is there any significance in the natural and spiritual between these two scriptures?


The question also displays a fairly penetrating awareness of the Bible.  On top of that, the question is not bizarre.  There are a number of theories related to the number 666 found in Revelation.  Some say it is the numerical value of the name of the Roman emperor.  Others see a numerological significance to the name.


In terms of the passages cited above, we should also note 2 Chronicles 9:13 which also mentions that Solomon took in 666 talents (equivalent to about 75 lbs or 35 kg) of gold in a single year in revenue.  That’s a LOT of money, but we’re not told it’s the most amount of money he took in or that it took place in a certain year.  This has led more than one commentator to suggest a connection to Revelation 13:18, which reads, “This calls for wisdom. Let the person who has insight calculate the number of the beast, for it is the number of a man. That number is 666.”


The “man” might be Solomon, who turned to the worship of idols.  It could be the number of “man” because man was created on the sixth day.  Perhaps it refers to someone’s name ( a number believe it is Nero’s name).  The “number of the beast” is 666, but the passage does not tell us what exactly the significance is or how it is calculated.


I think there is probably a connection between these Old Testament passages about Solomon’s accumulation of wealth, but it’s a little less obvious than saying 666 stands for Ronald Wilson Reagan, as some thought in the 1980’s.

Some have also pointed out that Solomon appears to have enslaved a significant number of people in building his kingdom and wealth, and this was a symptom of sinfulness of his reign and was a reason the kingdom was divided by his descendants.  (See 1 Kings 9:20-21 for a start.)  Forced labor or slavery was, of course, what God delivered the Israelites from in Egypt.  Solomon’s adoption of slavery to build his kingdom was unacceptable.


666 seems to be a number attached to a godless regime that enslaves people, takes their money and ultimately turns its people to idolatry–as could be said for a number of empires throughout history and in our world today.


There you have it–my thoughts on this deep question about 666.

Check out other questions we’ve addressed thus far–marijuana, forgiving marital infidelity, speaking in tongues and the eternal destiny of children and infants who die!  Just search “31 Questions” above, and they will be listed for you!