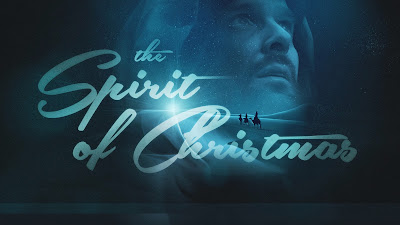 He will not judge by what he sees with his eyes,
or decide by what he hears with his ears;
4 but with righteousness he will judge the needy,
with justice he will give decisions for the poor of the earth.
He will strike the earth with the rod of his mouth;
with the breath of his lips he will slay the wicked.
5 Righteousness will be his belt
and faithfulness the sash around his waist.
6 The wolf will live with the lamb,
the leopard will lie down with the goat,
the calf and the lion and the yearling together;
and a little child will lead them.
7 The cow will feed with the bear,
their young will lie down together,
and the lion will eat straw like the ox.
8 The infant will play near the cobra’s den,
and the young child will put its hand into the viper’s nest.
9 They will neither harm nor destroy
on all my holy mountain,
for the earth will be filled with the knowledge of the LORD
as the waters cover the sea.
10 In that day the Root of Jesse will stand as a banner for the peoples; the nations will rally to him, and his resting place will be glorious.
–Isaiah 11:1-10
Today, we’re taking a look into the prophet Isaiah who predicted a lot about the coming Messiah.  Here, the Messiah is called a “Branch”–from the Hebrew word netzer.  This is likely where the name of Jesus’ hometown “Nazareth” derives its name.  Jesus is called a “Nazarene”, either a reference to being from Nazareth or to being one of the “Branch”.
The Branch is a way of referring to him as one who comes out of the stump of Jesse, David’s father.  The best way to understand these words is by looking at the verses that come before it, Isaiah 10:33-34:

33 See, the Lord, the LORD Almighty,    will lop off the boughs with great power. The lofty trees will be felled,    the tall ones will be brought low. 34 He will cut down the forest thickets with an ax;    Lebanon will fall before the Mighty One.

This reference to trees being felled is a reference that Isaiah has been building in his book up to this point.  Trees being chopped down are a reference to judgment.  In this sense, even the tree of Jesse–David’s house–will be cut down in judgment, but God will cause a Branch (a remnant) to grow out of the stump.  God will cause the house of Jesse’s son David to sit on the throne again.

This is a prophecy that the Branch will become the leader of a world of peace, righteousness and goodness.

Volumes could be written on this passage, but one thing is clear–the first Advent was not sufficient fulfill these promises.  Judgment, a peace that even pacifies the animal kingdom, the nations rallying to Messiah–these all point to the fact that Jesus must come again.
While we celebrate the coming of Jesus the first time during this season of Advent, our hearts and minds must invariably turn to reflection on the Second Advent when Christ will come in power to raise the dead, judge all people, wage war, establish his kingdom on earth and entrust governing to his people.
How about you?  Are you living with a conscious, constant awareness of Christ’s return?  Christmas necessarily points us to his coming and should make us review our vigilance for his return.