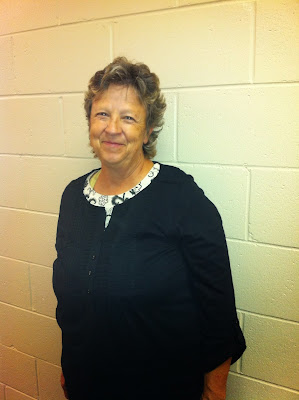 It’s that time again!  We want to recognize another amazing volunteer from our church who makes it happen!  The volunteer we’d like to recognize this month is Mattie Street.  Mattie has a heart for children and for missions and even leaves on a short-term trip to Calcutta, India tomorrow!
Congratulations to Mattie and below you can see what all she has to say about her ministry here and why she’s committed in the passionate way she is!
Area(s) of Ministry:
Missions, Children’s Ministry
How did you first become involved?
I was saved in 1976 and baptized at First Assembly.  Our children were small and I wanted to contribute to our church
How long have you been serving in this ministry?
Children’s Ministry – 34 years
Missions – 1 year
Why do you serve?
To help promote the message of Jesus Christ.
What’s the best part of serving in this ministry?
Paybacks are always more valuable than effort used.
Why should other people serve in this ministry?
Because giving is “better” than receiving.
What is one story where you’ve seen First Assembly’s mission play out (“To create a communitywhere waves of people are transformed by the love of God”)?
We used to volunteer for JC Tuesday.  After we became foster parents, we learned of a young man who had attended JC Tuesday.  He had been abandoned by his mother and violated.  Due to his circumstances, he was placed in an institutional setting.  We were told he had fond memories of JC Tuesday and that it had been a positive and memorable time for him.  Praise Jesus!